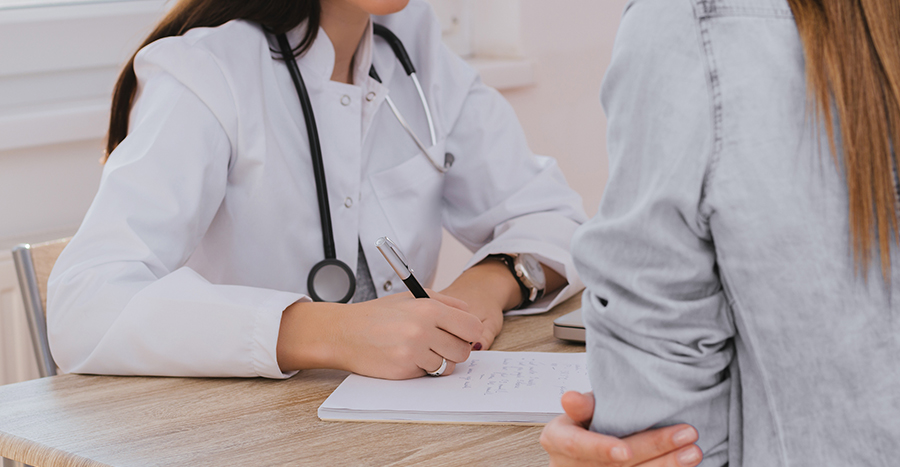 The goal of surgery is to enlarge the airway and prevent snoring and airway collapse. Surgery is site specific (performed to enlarge a certain portion of the airway). Due to risks associated with anesthesia or an operation, surgery may not be considered as a first option. The main advantage of surgery is that it may achieve a permanent cure for the problem.

Septoplasty: The septum is the divider between the two nasal passages. A deviated (crooked) septum may obstruct the nasal airway. A septoplasty is performed through the nostrils. A small incision is made just inside one nostril and the cartilage and bone of the septum is straightened.

Turbinate Reduction: The turbinates within the nose are made of bone surrounded by soft tissue whose function are to warm up and moisturize the air as you breath. There are three turbinates in each nostril (lowest, middle, and upper). Reduction of the size of an enlarged turbinate can improve the size of the nasal airway. Turbinate reduction may be performed with surgical instruments, lasers, radio-frequency energy or a cautery unit.

Removal of Polyps, Endoscopic Sinus Surgery: When polyps obstruct the nasal airway or sinus infections contribute to nasal obstruction, sinus surgery or removal of the polyps may be necessary. These surgeries are typically performed through the nostrils with magnifying scopes so as to avoid external incisions.

Nasal Valve Reconstruction: The outside of the nose may collapse and close off your breathing with a deep inspiration. If you have nasal valve collapse, you may notice improved breathing by pulling outward on the cheek or upward on the tip of your nose. This problem is due to collapse of the nasal valve and may be repaired through a combination of internal and external incisions.

Uvulopalatopharyngoplasty (UPPP): An enlarged uvula and elongated soft palate may cause sleep apnea and snoring. UPPP is a surgical procedure performed in the operating room under general anesthesia. The operation is performed either with a laser or standard surgical instruments. The uvula is removed, the lower edge of the soft palate trimmed, tonsils are removed (if present) and tissues are trimmed around the tonsils. Stitches are placed and will dissolve away in 3-4 weeks. Variations of the UPPP include a uvulopalatal flap and a ZPPP. The uvulopalatal flap procedure preserves the uvula muscle and lifts it upward to open the airway. The ZPPP procedure also preserves the uvula muscle but splits it and lifts it upward and to the side, in order to open the airway. Similar surgical techniques include the lateral pharyngoplasty and expansion sphincterplasty procedures. Your surgeon would perform the appropriate technique based on your anatomy and severity of your sleep apnea.

Laser Assisted Uvulopalatoplasty (LAUP): Laser assisted uvulo-palatoplasty is a surgical procedure for the treatment of habitual loud snoring or obstructive sleep apnea. The procedure is performed with a Carbon Dioxide laser in the office under local anesthesia every 4-6 weeks until symptoms improve. The procedure involves a progressive removal of the back edge of the palate and size of the uvula. When tonsils are present and are contributing to the snoring, they are serially vaporized with the laser at the same time. Each treatment takes about fifteen minutes. The average patient requires 1-3 treatments.

Somnoplasty of the Palate: Somnoplasty delivers Radio-frequency waves by a needle electrode placed under the surface of the soft palate and causes contraction of excessive tissues that are causing snoring. Somnoplasty is a virtually painless procedure for the treatment of habitual loud snoring. The procedure takes about 15 minutes and is performed in the office under local anesthesia. Somnoplasty involves a progressive shrinkage of the soft palate and uvula. If symptoms persist, the next treatment is performed 4-6 weeks later. The average patient requires 1-4 treatments.

Injection snoreplasty is the newest treatment for snoring. The palate and uvula are injected with a chemical that causes the area to contract and stiffen, thereby reducing the snoring. There is sore throat for a few weeks as the area heals. The procedure is performed under local anesthesia in the office and takes about 15 minutes to perform. The average patient required 1-3 treatments.

The tonsils are tissues on the sides of the upper throat and when enlarged may narrow the width of the upper airway. The adenoids are at the back of the nose and may obstruct the nasal airway. Removal of tonsils and adenoids are performed most often in children with snoring or sleep apnea. Since the adenoids usually shrink with age, they only rarely require removal in adults. Removal of tonsils and adenoids are generally performed under general anesthesia in the operating room.

Lower Airway Surgery: (For narrowing in the lower part of the airway: behind the tongue).

There is a muscle( the genioglossus muscle) that attaches from the back of the tongue to a spot on the back of the chin. The purpose of this operation is to pull the back of the tongue forward. Genioglossus advancement is performed in the operating room under general anesthesia through an incision inside the lower lip. A rectangular or circular segment of chin bone (just below the front 4 teeth) is pulled forward and held in place with a titanium screw or plate. The operation produces a minimal change (several millimeters) in the appearance of the chin.

When the tongue is enlarged, surgery may be performed in order to make it smaller. The back of the tongue may be reduced in size by excising a V shaped portion of the center part of the tongue (midline glossectomy). A more aggressive resection with additional removal of side wedges is termed lingualplasty. Midline glossectomy may also be performed under the tongue surface in order to preserve the taste buds. When enlarged, the lingual tonsils (tonsil like tissue on the back part of the tongue) may also be removed with a laser. A temporary tracheostomy may be required in some patients in order to avoid breathing difficulty that could result from temporary tongue swelling.

When the tongue is enlarged, Somnoplasty may be performed in order to make it smaller. Somnoplasty delivers Radio-frequency waves (like microwaves) by a needle electrode placed under the surface of the tongue and causes contraction of excessive tissues. The procedure takes about 30 minutes and is performed in the office under local anesthesia. Somnoplasty causes a progressive shrinkage of the back of the tongue. If symptoms persist, the next treatment is performed 4-6 weeks later.

The “Repose” procedure is a tongue suspension suture that is placed to help prevent the tongue from falling back during sleep. A titanium screw is placed at the back of the chin. A permanent stitch (like fishing line) is attached to this screw and placed through the back of the tongue. When the stitch is tied it pulls the tongue forward and prevents the tongue from falling backward. This procedure is performed under general anesthesia in the operating room and takes only about 30 minutes to perform.

The upper and lower jawbones can be moved forward along with all of the teeth in order to pull soft tissue structures forward and make more room for the tongue. The advanced portions of the jawbones are held in place with titanium metal plates and screws. This surgical procedure is performed for patients with a small jaw structure or in those who have failed other “soft tissue” surgeries. The surgery is performed under general anesthesia in the operating room. Orthodontic work prior to or following the advancement procedure may be necessary in order to maintain proper alignment of the teeth. The degree of change in facial appearance relates to the amount of advancement performed.

Surgical Bypass of the Airway