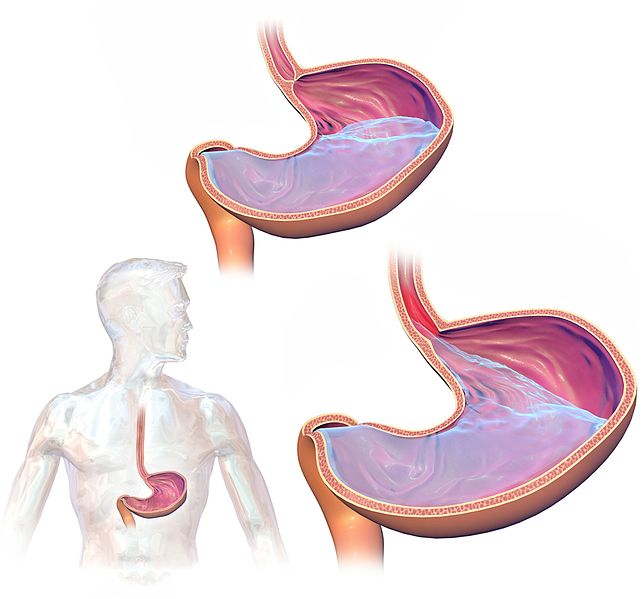 Acid reflux disease can cause a number of problems in the throat, including constant throat mucous sensation, mild hoarseness, mild swallowing delay, or a sensation of “lump” in the throat.  The throat lining and vocal cords swell in response to acid exposure that might be quite minimal or intermittent.  Many people, especially those with snoring or sleep apnea, can reflux small amounts of acid overnight when sleeping which can lead to throat congestion symptoms all day long.

We see a number of professional voice users, business/sales people, and recreational singers who find issues with hoarseness and early voice fatigue that is due to subtle occult acid reflux.  Historically we treat these patients with aggressive anti-reflux therapies and recommend strict diet control to limit acid production, but none of these medicines is actually reducing the physical refluxing of stomach secretions up the esophagus.  These medicines are partially and slowly effective, such as proton pump inhibitors (PPIs), h2 blockers, and antacid tablets.

But there is actually another option – liquid alginate suspension.  Alginates are natural seaweed extract carbohydrate that polymerize in the setting of acid and calcium to produce a semirigid gel or “raft”.  Alginates have been used for decades in specialty pastries, scientific industry, and even studied as a diet suppressant.  A good well dispersed alginate compound in the stomach will combine with carbon dioxide bubbles in the stomach to produce this floating raft sitting atop stomach contents and physically blocking reflux into the esophagus.  The raft is then digested and broken down by stomach and intestines over a few hours producing little or no side effects.  Alginates were studied for dietary safety in the 1990s by having a team of volunteers eat several ounces a day and no untoward side effects were identified.

The alginate raft treatment gives us another serious weapon in the antireflux arsenal to battle throat symptoms caused by reflux therapy.  It is very appealing for patients who have gotten side effects from proton pump inhibitors, are reluctant to take PPIs, or for folks who only have symptoms after meals or just at bedtime.  Right now there a few alginate compounds available in dry tablet form in the US, but these dry forms lack the even dispersal in the stomach to make an effective raft (see the video below).  Gaviscon’s international product (Gaviscon Advance Liquid, available online from Europe and Canada) does an excellent job of raft formation.  Hopefully more companies will follow suit and we can get a USA liquid product that can compete!