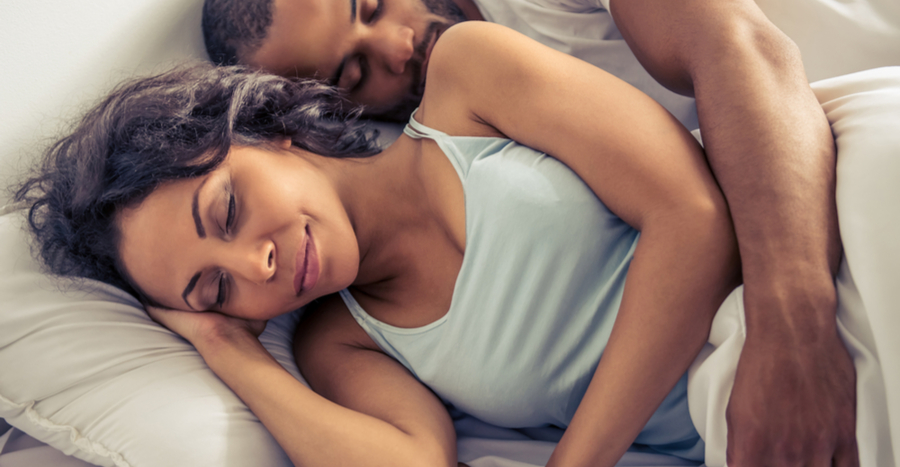 The experience which we would all agree constitutes dreaming involves a good deal of action and several senses such as vision, hearing and touch. This type of experience occurs most often in REM sleep.

What is REM sleep?

Every night during normal sleep, we continually repeat five stages of sleep and in this order: (1) Sleep Stage I which occurs at onset of sleep; (2) Sleep Stage 2; (3) Sleep Stage 3; (4) Sleep Stage 4; and (5) Sleep Stage REM. While stages 3 and 4 are considered to be the deepest sleep, generate the largest secretion of growth hormones, and are the most restorative, this fifth stage of sleep, REM, is the one with the highest brain activity, characterized by enhanced brain metabolism and vivid imagery or dreaming. REM sleep is usually 20-25% of total sleep time.

What happens during REM sleep?

During REM sleep you can watch the sleeper’s eyes move around beneath closed eyelids. Some scientists think that the eyes move in a pattern that relates to the visual images of the dream. We are almost completely paralyzed in REM sleep with only the heart, diaphragm, eye muscles and the smooth muscles (such as the intestines and blood vessels) spared from the paralysis of REM sleep.

Why do we dream?

The reason we dream is unknown. However, dreaming is an integral part of sleep and appears to be unavoidable. Scientists theorize that dreaming may provide necessary stimulation to the brain from within the brain itself, thereby compensating for the loss of stimulation from the environment that is all-but-eliminated while we lie in bed asleep — or may be a safe and socially acceptable way to fulfill our wishes and desires. Learning specialists feel that dreaming is important for consolidating what we have learned during wakefulness so that we can remember facts and problem solutions for years and years. Whatever dreaming actually does, the sleep in which dreaming occurs seems to be necessary for life itself.

What do people dream about most?

Doctors believe that the common features of dreams stem from the paralysis that occurs during REM sleep. For example, many people dream about falling, being unable to get away from a pursuer or being unable to move fast enough to prevent some accident. All of these kinds of dreams have the common feature of movement impairment which may stem from the brain’s recognition of paralysis during REM sleep. Dreams with themes of independence and self-reliance correlate well with successful resolution of life experiences, whereas, themes of dependency and helplessness may indicate the opposite. This may very well be at the root of the age-old advice, “sleep on it.”

When does unpleasant dreaming pose a medical problem?

With sleep paralysis, the sleeper feels paralyzed and cannot move their arms, legs, body or head at sleep onset or upon awakening. Some experience difficulty in breathing. Most with this condition find that if they will relax and return to sleep, their next awakening will be normal. When sleep paralysis impairs mental well being or interferes with a person’s ability to carry out school or work demands, medical attention should be given to this disorder.

With REM behavior disorder, punching, kicking, leaping, and running from the bed during attempted dream enactment occur frequently and usually correlate to the actions in the dream. Because REM sleep behavior disorder occurs during REM sleep, it typically appears at least 90 minutes after sleep onset. Medical attention is often sought after injury has occurred to either the person or a bedpartner.