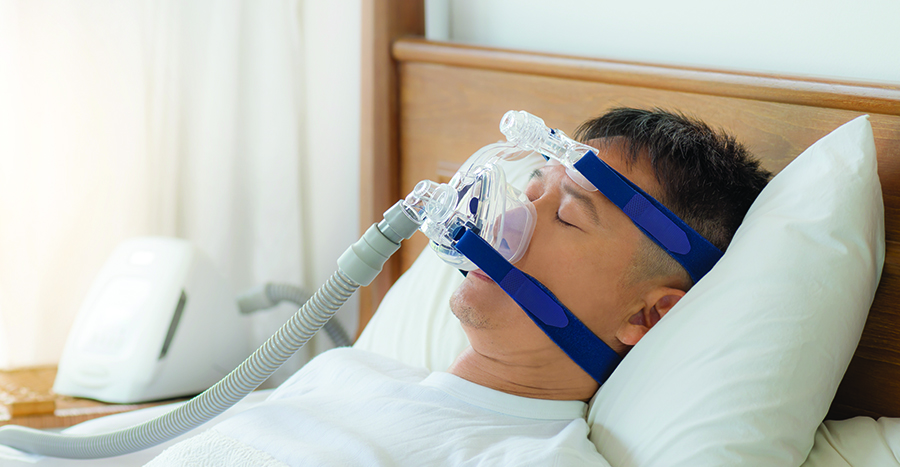 Snoring affects all of us and can be a symptom of a serious disorder. If you have trouble falling or staying asleep, wake up tired, or have difficulty staying awake while driving, you may be suffering from Sleep Apnea.

Typical symptoms of obstructive sleep apnea include those that occur during sleep and those during waking hours. Some or all of these symptoms may be present. As sleep apnea worsens, daytime symptoms become more common.

Daytime symptoms may include:

Snoring is caused by vibration of tissues in the back of the nose or throat. Snoring occurs when the air passages are too small and the soft tissues are too close together. Obstructive Sleep Apnea (repetitive stop breathing spells during sleep) is caused by narrowing and collapse of the airway during sleep and may be due to excessive tissues of the throat and/or poor muscle tone. During an apnea, a person is trying to breath but the throat closes down and obstructs the breathing (like trying to breath in through a wet paper straw). An apnea ends when the person awakens or partially awakens from a deeper to a lighter level of sleep. Most people with sleep apnea will have irregular snoring as well as gasps and snorts.

Snoring alone is a social problem and generally does not cause other medical problems. Sleep apnea however, can cause the oxygen in the blood stream to go down which can lead to memory problems, high blood pressure, irregular heart beats, heart attack and stroke. Frequent apnea episodes during sleep can also disrupt the sleep cycles and reduce the amount of deep sleep a person gets. This leads to non-refreshing sleep, morning fatigue, and excessive daytime sleepiness. Because of poor sleep quality, many people with sleep apnea are irritable, depressed, experience memory problems and have trouble concentrating.

Vibration of a long soft palate, elongated uvula, or enlarged tonsils is the most common causes of snoring. Any obstruction in the nose can also cause or worsen snoring. A small number of people snore due to vibration of the tissues around the back of the tongue.

In obstructive sleep apnea, the most common site of airway narrowing and collapse is in the upper part of the throat behind the soft palate, uvula and tonsils. Nasal obstruction may also contribute to sleep apnea. About 40% of patients have airway narrowing in the lower part of the throat behind the tongue. Potential causes of airway narrowing include enlarged tonsils or adenoids, a deviated (crooked) septum, swollen tissues in the nose (turbinates or polyps), elongated soft palate or uvula, enlarged tongue, and a small jaw structure. Obesity also leads to snoring and sleep apnea due to fat in the neck that narrows the airway.