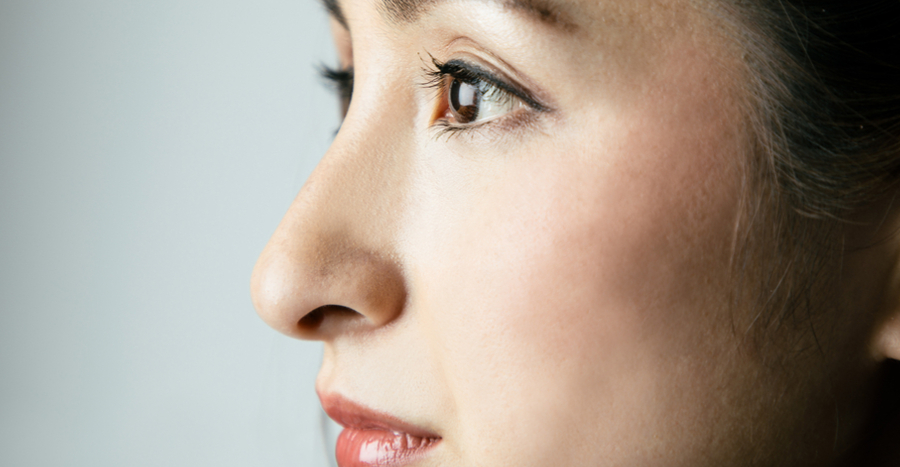 Nasal breathing complaints are among the most common complaints to our office (and in fact to just about any physician’s office).  We rely on our nasal airway to breathe while sleeping and during normal quiet daytime respiration.  The nasal airway is composed of a few components, each of which can be compromised contributing to nasal blockage.

Nostrils and the External Nasal Valve

The first point of blockage is the nostrils and what we call ‘external nasal valve‘.  This is simply the opening portal to the inside of the nose.  The nostrils can be compromised by asymmetric growth during puberty, nasal trauma, flaring lower nasal cartilages, and unfortunately by prior rhinoplasty surgery (far too common).  Nostril sizes vary widely, with some patients having five-times the nostril opening cross-sectional area of other patients.  Hard to believe but true!

The nasal septum is the bone and cartilage that lies in the middle of the nose serving as the wall between the right and left sides.  It is lined by pink blood-rich tissue and has a skeleton consisting of cartilage and bone.  It is commonly subjected to fracture (even when the outer nose may not be), and is very subject to asymmetric growth during adolescence leading to a ‘deviated septum‘.  The deviated septum will lead to a (usually) moderate degree of nasal blockage that is always present and is usually worse on one side. 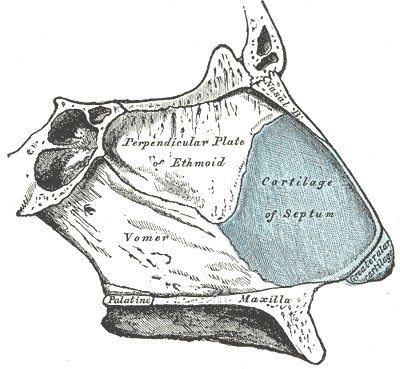 Treatment of the nasal septum involves a procedure called septoplasty or submucous resection of the septum.  This is a highly effective and well tolerated procedure that does not disturb the outer shape of the nose.

Nasal turbinates are normal structures within the nose, each side having three.  Turbinates serve to humidify and warm the air breathed in through the nose, preparing air for the lungs.  Unfortunately this state may go awry as these structures are extremely sensitive to inflammation and even medications that swell the turbinates causing severe blockage.  The common cold virus, sinus infections, and nasal allergies are the most common cause of nasal congestion and this is usually due inferior and middle turbinates becoming enlarged.

Allergy medications, decongestants, and nasal sprays all target these turbinates in an attempt to reduce their swelling and prevent their mucous production.  Ultimately turbinate reduction and endoscopic resection of concha bullosa may be considered as this is extremely effective at permanently reducing these structures and improving breathing.  Septoplasty plus turbinate reduction is the most common and and among the most effective surgical treatments of any done today.

The internal nasal valves is an area first described over a hundred years ago and refers to the region inside the nostril just beyond plain site.  It is is composed of the sidewall/side cartilage of the nostril, the septum, and the front part of the turbinate.  It becomes most apparent to the lay person when a patient has had an ordinary septoplasty but still continues to have nasal blockage.  Sometimes this region can be very narrow even at rest due to a pinching of cartilages, or a narrow facial bone structure (it is most interesting that many people with very large nostrils may actually have narrow internal nasal valves causing a paradoxical blockage).

Internal valve collapse can occur at rest (‘static‘), or only on deep inspiration (‘dynamic‘).  Dynamic nasal valve collapse may occur due to a Bernoulli’s effect when breathing that essentially “sucks in” the nostril when breathing heavy.  More common than this though is a paraodoxical pinching effect that one of the tiny facial muscles exerts when forcibly breathing in (this is a most curious and non-sensical action of the transverse portion of the nasalis muscle).

Internal nasal valve collapse is an easy problem to diagnose with a nasal examination however presents challenges in correction.  Various rhinplasty approaches such as suturing techniques, internal advancement flap techniques, and even titanium implants have been used to prevent this nasal collapse.  Even Botox injections can be tried on the nasalis muscle to stop the pinching.  For surgeons not accustomed to these individualized treatments, satisfactory repair is difficult.