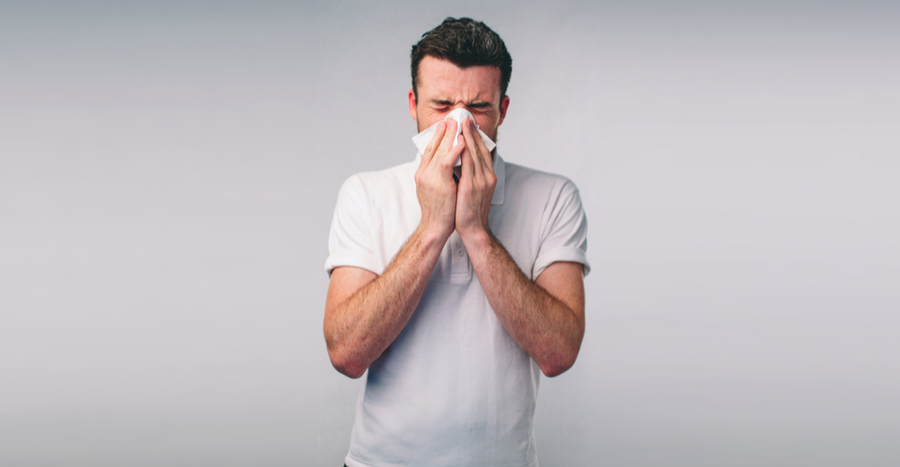 Are all nasal problems due to sinus infections? No.

Facial pressure, drainage, obstructed nasal breathing, and sneezing are all common with sinus infections however the majority of the time there may be no infection present.  Rhinitis (nasal inflammation) may be due to a number of causes, the most common being environmental allergies.  Lifelong or developed structural problems also usually play some role in symptoms as well.  We try not to focus on a “single” cause for problems as it is probably more effective in the long run to look at the relative impact of various “contributors” that may be present in you.

Nasal allergies are one of the most common disease states in this country with an overall economic impact in the billions of dollars.  Patients with allergic rhinitis will most commonly have the seasonal variant (Seasonal Allergic Rhinitis or ‘SAR’) due to allergic sensitivities of seasonal blooms of tree, grass or weed pollens.  Perennial Allergic Rhinitis (‘PAR’) describes a more year-round condition due to sensitivities to mold, pet dander, cockroaches and dust mites.

Together with your examination and a history of your worst symptoms, we use cutaneous allergy testing to help sort out which environmental triggers may be the culprit at exacerbating your inflammation.

Many patients without nasal allergies may still get itching, sneezing, or excessive drainage from the nose.  The vasomotor rhinitis condition is usually characterized by thin watery drainage from the nose in response to some uncommon triggers – like eating, brushing teeth, certain medications, certain chemical odorants, or rapid temperature change.  Many patients with this condition are misdiagnosed for years as having allergies, although allergy testing and a careful discussion of symptoms will make things clear.

A number of medications may worsen nasal symptoms as well.  Most notable are the over-the-counter nasal decongestant sprays that practically become “addictive” when taken more than a few consecutive days.  Less known however are medications like hormone replacement therapy and pills for erectile dysfunction.  All of these medicines cause a swelling of the nasal tissues as a known side effect and can worsen the sense of nasal blockage.

Finally medications that have antihistamine-like side effects, including a number of antidepressants, neurologically-active medications, and medications for overactive bladder can produce extreme dryness in the nose (and mouth) leading to problems with the nasal lining.

As the nasal bones and cartilages rapidly develop in the adolescent years a number of problems may occur.  Structural problems may also occur from trauma or prior surgery.

The most commonly discussed is a deviated septum, where the bone or cartilage wall in the middle of the nose becomes tilted or spurred.  This leads to blockage, usually worse on one side but in severe cases a person may have “serpiginous” deviation that essentially blocks both sides.

Over-growth of the turbinates (‘turbinate hypertrophy’) is probably the single most common problem contributing to nasal blockage.  The turbinate tissues are small cylindrial structures in the nose with a bony core and a soft tissue lining.  The bony core may be enlarged due to hereditary factors, whereas the soft tissue may be enlarged due to allergies or certain medications.

Nasal valve collapse or stenosis is a problem affecting the openings of the nostrils that may limit airflow.  We break down collapse by using classifying the collapse as internal vs external, and dynamic vs static.  Failure to address valve collapse thoroughly is the most common finding when we evaluate patients who have had an unsuccessful septoplasty elsewhere.

A slew of other less common nasal conditions such as nasal polyps, concha bullosa, accessory sinus ostia, choanal atresia, cicatrix, and others are also structural causes of nasal issues that we assess in the office at your visit.